Ian Douglas was an OK bloke.

My father, Ian Douglas, would have been 80 today. Sadly he died when he was only a year older than I am. But, ‘Blokes like Ian you don’t forget.’

Ian Douglas was an OK bloke.

A pub without a catalyst
A quiz without an aphorist 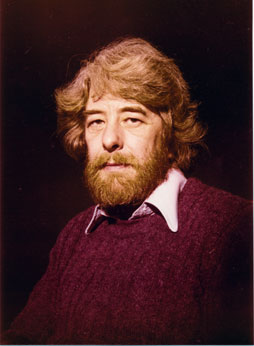 The arts, the local Delfont gone
Sculpture will perhaps move on
Has the Guardian ever had
A crossword-doer quite as bad?
College, poorer by his absence
Students, “parentis sans” in that sense
Theatre never quite the same
Without that unforgettable name
There wasn’t one who wanted dearer
Carlisle’s own established theatre
He worked so hard towards that goal
One day Ian! God bless your soul
And Mary loved him most of all
Watched him happen, saw him fall,
Wondered some about his madness
And now she bears the greatest sadness
Along with Kirsten, so aware,
And Julia, future pain to bear
He showed us all a spirit free,
A love of life that’ll always be
I wonder, is he with us yet?
Blokes like Ian you don’t forget.

Sadly, not much of his artwork has been saved, though he has three works in the permanent collection of Gracefield Arts Centre: www.exploreart.co.uk 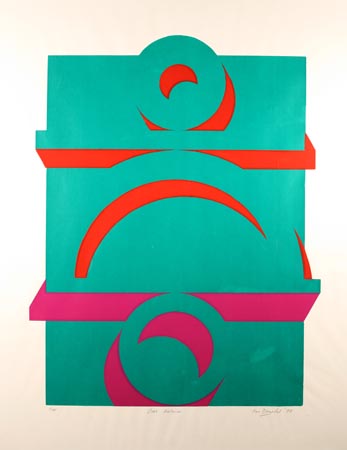 ‘Born in Hull, Ian Douglas initially trained as a watchmaker. However, on turning to art, he studied at Edinburgh, and later became a lecturer at the Cumbria College of Art and Design.

The minimalist abstract Overbalance subtly evokes its descriptive title through the clever use of basic elements. The brightness of the red contrasting with the pale green and pink casually draws your eye towards the top half of the composition, almost subconsciously.

Furthermore, the ambiguity is compounded by the inclusion of an Escher-like depth, as some of the surfaces appear affected by perspective, yet these are held back by the overriding flatness of colour and form.’ 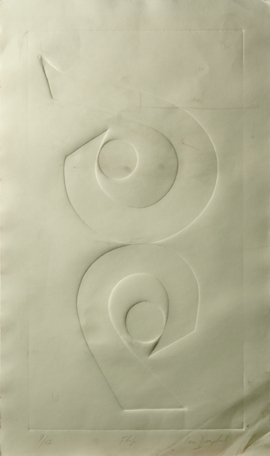 I am fortunate enough to own a ‘Flip’ (right), one of an edition of 12 embossed card pieces, which I love and my sister has a screen printed ‘See Saw’ (below), which inspired my screenprinted ‘Accoutrements I and II‘. 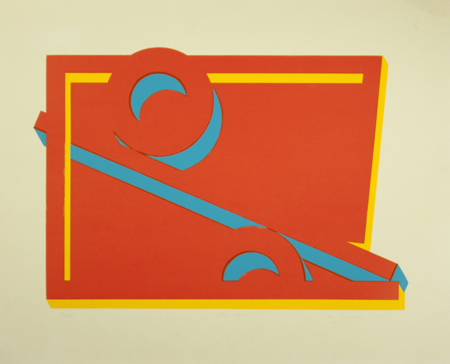